People have a wide range of gender and sex identities, all of which are valid and worthy of exploration. Femininity and masculinity are different ways in which people express their gender. Maleness and femaleness are different attributes of sex identity. These sets of characteristics are not mutually exclusive, but rather exist on a spectrum in both cases.  (Some people do not identify with either sets of identity.)

What does it mean to be trans?

What does affirming the validity of trans identity entail?

Gender inclusion is good etiquette both personally and professionally!

Write Where It Hurts

Special thanks to Vasilikie Demos, Xan Nowakowski, and the S4TJ Committee on Advancing Trans and Intersex Studies in Academia for creating this document and sharing it with us. 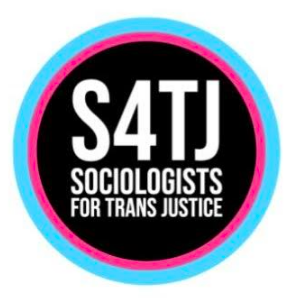